I first heard about the HIV/AIDS virus as a youth growing up in Indiana in the mid 80s.  Ryan White, an Indiana teen, was expelled from his middle school after contracting the virus through a contaminated blood treatment.  The story created a firestorm of media coverage while raising millions of questions in communities all over the country.  My small hometown was no different.  After learning that a student in our school had been infected with HIV/AIDS, our small community was turned upside down.  Open debates and town meetings sprung up everywhere.  People protested because they didn’t want him to attend school with “normal” kids.  The infected individual was called names and received death threats.  Looking back on that time, the reactions and actions of our community were ridiculous.  Why did people react that way?  The answer is simple.  AIDS was unknown to most and misunderstood by all in those days.  It was believed to be the disease of gay men and no one understood exactly how it spread.  Ignorance and the lack of public awareness led to a public perception that was inaccurate.  Thanks to individuals like Ryan White and Magic Johnson, that perception would slowly change over time.

Today, the AIDS pandemic continues to destroy the lives of people all over the world.  Over 33 million people on the planet are currently living with HIV.  Since the first diagnosis in the early 80s, 1.7 million people have been infected in the United States alone.  Every 9.5 minutes someone in our country is infected.  HIV/AIDS affects the health of individuals in addition to the health of families, communities, and economies. Much work is being done domestically and globally to combat this crisis.  Locally, we have a great organization that is making a difference in the lives of people in our area.

The AIDS Task Force of Northeast Indiana is the oldest AIDS service organization in Indiana. Their mission is to improve the lives of all individuals living with HIV and AIDS.  Comprehensive care coordination and outreach initiatives like prevention programs and awareness education are offered to individuals at increased risk for infection and to the community in general.  More than 300 individuals living with HIV/AIDS in eleven Northeast Indiana counties benefit from the services the Task Force provides. 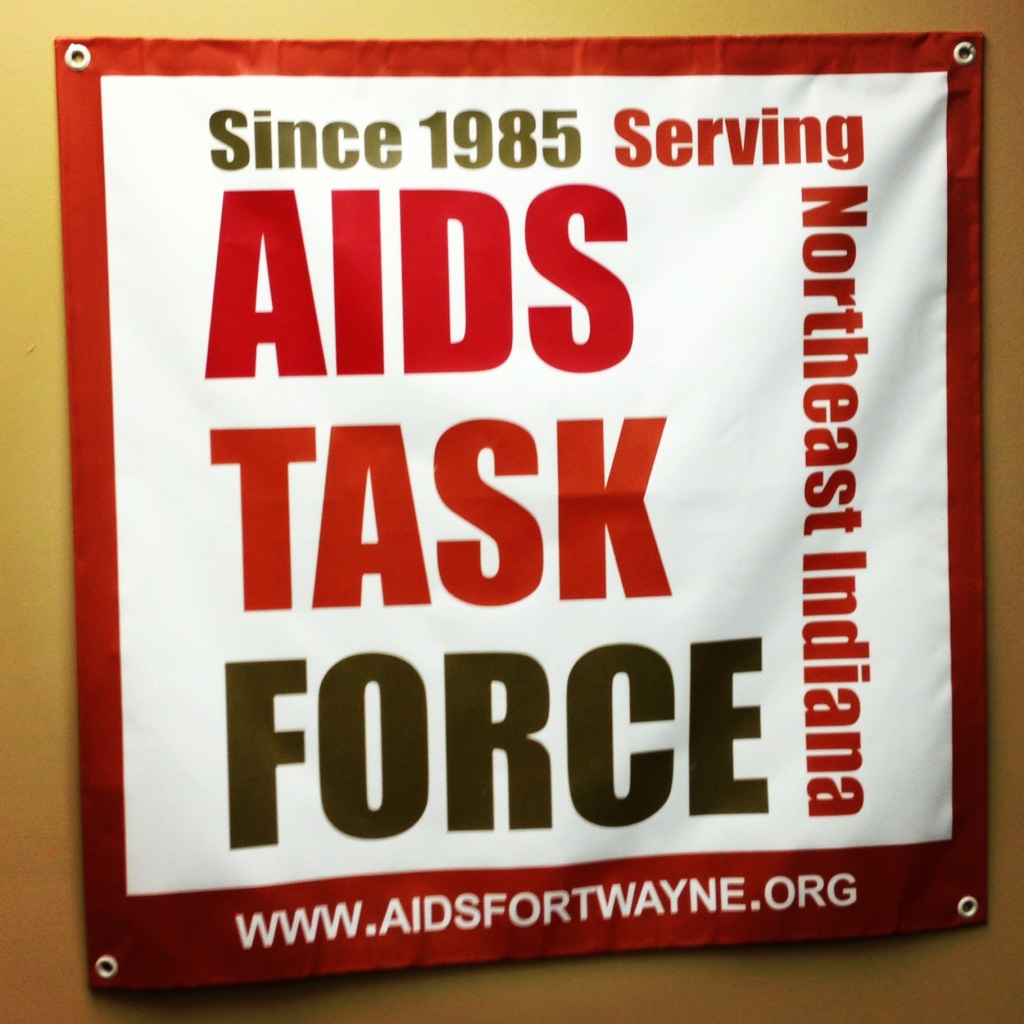 Each year, the Task Force hosts Vive Le Rouge, an AIDS walk that raises funds that benefit the organization.  We were unable to participate in the event, but we were able to volunteer some time after the event to help with clean up.  We counted and sorted left over t-shirts, folded table cloths, busted balloons, and helped box up and put away all walk supplies.  It was important for the organization to get this work completed because the items were interfering with the happenings of the organization’s food bank.  Unfortunately, like most nonprofit organizations, space for storage is limited.  In a few hours we were able to get all of the materials organized and put away for another year of storage. 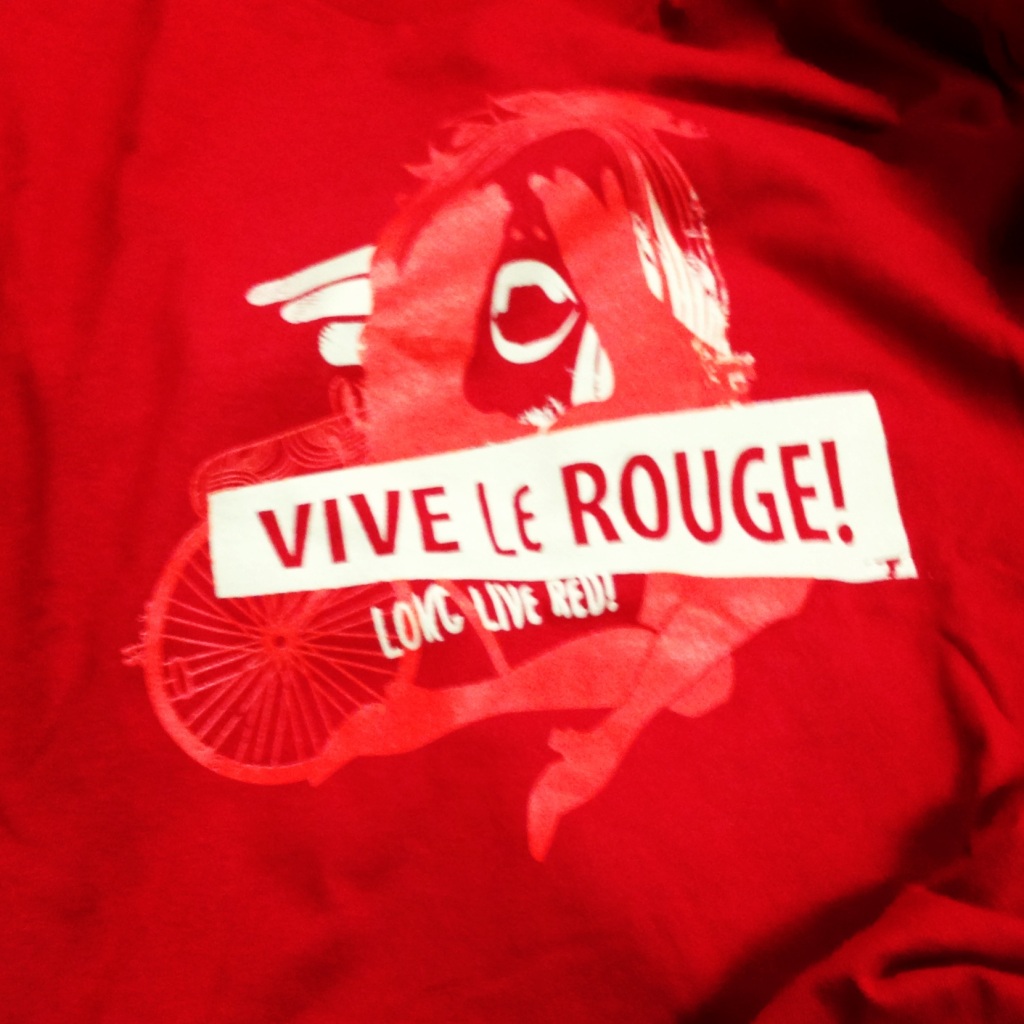 The AIDS Task Force has been increasing the public’s understanding of and compassion for HIV and AIDS for almost thirty years.  The services provided by the organization are best-in-class.  The staff is committed to the mission and very passionate about their work.  Although there has been a lot of progress in the world of HIV/AIDS over the years, there is still work to be done.  I encourage you to learn more about the AIDS Task Force of Northeast Indiana, their mission, and how you can get involved.  Take action by investing your time and/or by investing your money.  By doing so, you can do your part to improve the lives of people with HIV/AIDS in our community. 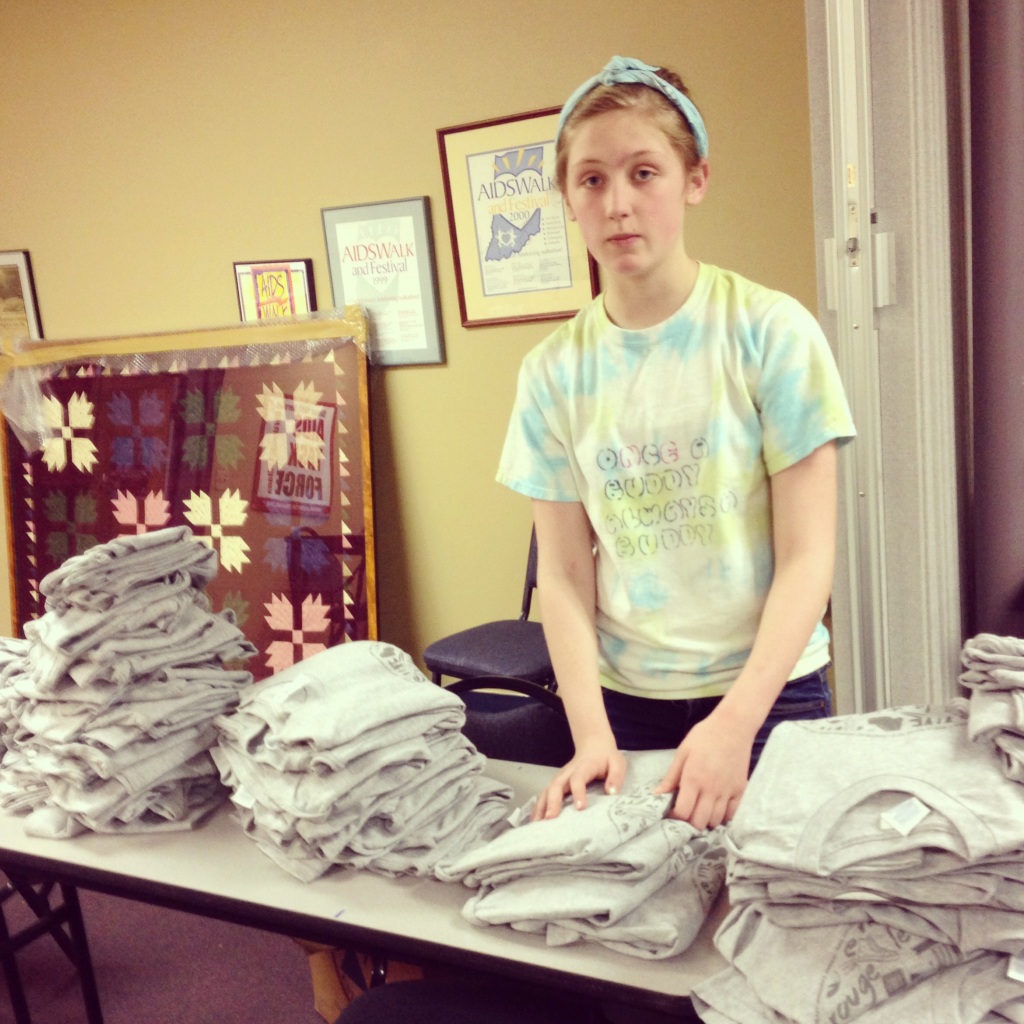 1 thought on “Improving The Lives of Those with HIV/AIDS”