Late last year I put on a pair of red pumps and participated in the “Walk a Mile in Her Shoes” event. I gingerly walked the course, stumbling and spraining ankles along the way, to help raise community awareness for sexual assault.  That day, though extremely painful, was such a great experience.  First of all, I gained a whole new respect for women and their ability to walk around in high heels.  It definitely is not easy.  Second, and most important, my eyes were opened that day to real issue of sexual assault.

The statistics related to sexual assault are staggering.  Every year, more than 700,000 women are raped in the United States.  That means that 1.3 women are raped every minute in our country.  Experts estimate that 90% of all rapes aren’t even reported.  As a husband, a father, and a son these numbers are horrifying.   As a man, I cannot accept them.  Did you know that men are often victims as well?  One of every eight men will be sexually assaulted in his lifetime.  Proof that sexual assault does not discriminate based on gender.  It affects people of all ages, all races, and all social statuses.  It can happen to anyone.  When and if it does, what do you do?  Where do you go?

The Fort Wayne Sexual Assault Treatment Center is a non-profit organization staffed by forensic nursing examiners who are dedicated to meeting the immediate forensic and medical needs of victims of molestation and rape. The nurse examiners collect and preserve forensic evidence, identify and document injury, and treat the victims for sexually transmitted diseases.  The Center is a safe and confidential place that offers services to rape victims 24 hours a day, seven days a week.  All of the services provided by the Sexual Treatment Center are offered at no cost to individuals.

I spent some time at the facility this week.  Due to the sensitive nature of the work done, I was unable to provide much help as a volunteer.  I quickly learned that the best way that I could help the organization was to become an advocate.  The services this organization provides to our community cannot be properly put into words. Many people do not even know that the Center exists within our city. Why?  The reason is that we, as people, are uncomfortable talking about rape and sexual assault.  It is dirty and unacceptable.  That is exactly the problem.  We, as a society, hear the stories and see the images of mass shootings, bombings, and other violence in our world.  The news media spends a lot of time exposing us to these items.  However, we do not spend much time hearing or talking about child molestation and rape. This has to change.  We have to bring sexual assault to the fore-front.  It must be a topic of conversation.  We must help organizations like the Fort Wayne Sexual Assault Center build its brand so that victims will speak up, be heard, report the abuse, and get the help they need.

I really enjoyed the time I spent at the Center.  The passion of the staff and volunteers was evident as we toured the facility.  On multiple occasions I suppressed my emotions and tears as Michelle, Chief Nursing Officer, shared stories of those abused. On the walls throughout the center are the colorful handprints of victims.  Each handprint is a visual reminder to other victims that they are not alone. To me, it was a visual reminder of who the Center serves.  Many of the handprints were small.  They were the tiny hands of children.  Sixty percent of those served by the Center are ages fourteen and under.  I will not forget those handprints. 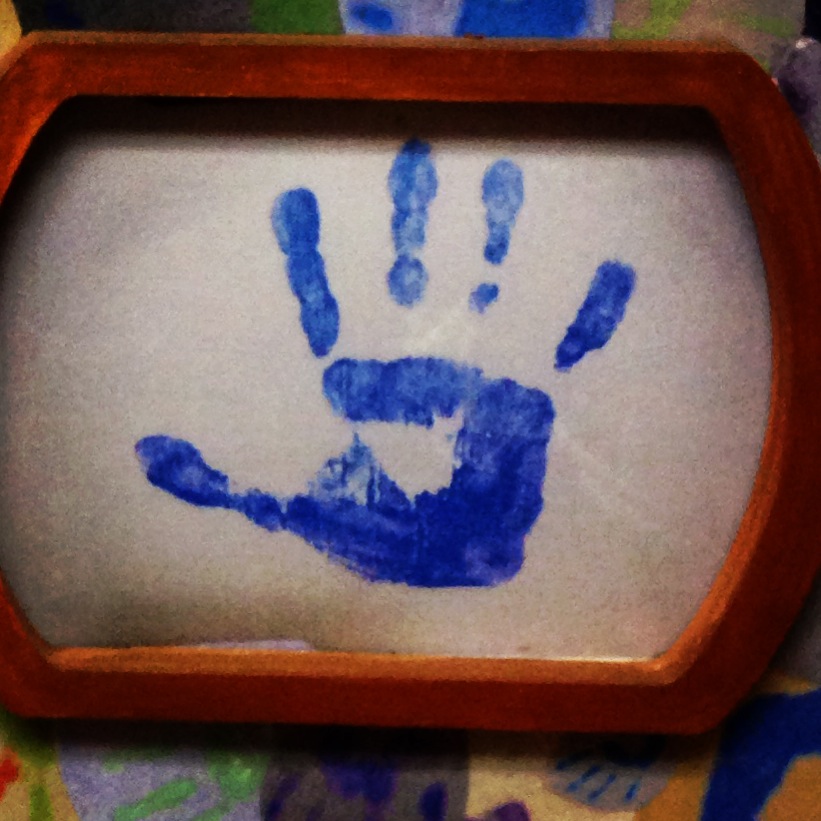 There are a number of ways you can support the Fort Wayne Sexual Treatment Center.  You can donate money, gas cards, new clothing or other items from the wish list.  There are opportunities to volunteer in fundraising, training events, and cleaning if you interested.  At a minimum, become an advocate and speak out against sexual assault.  Embrace others in conversation about the statistics of this epidemic and encourage them to take action.  Become comfortable with the uncomfortable and help change the world.  Let others know about the Sexual Treatment Center and help make a difference in the lives of sexual assault victims in our area.